Though chapter eight is short, it is one of my favorites so far. The main reason for this is because the events that conspire bring to light the flaws in Catherine and Heathcliff’s relationship as well as Catherine and Edgar’s.

It is no surprise that Mr. Earnshaw’s death affected Heathcliff the most, and it is a shame. There is some good in that he lost his childhood superiority complex, but spending all his time out in the field meant that he had to give up on intellectual and social pursuits, the lack of which gave him “poignant though silent regret” (60).

Heathcliff and Edgar are foils, yet neither makes the other look good. Compared to Edgar, HC is a dirty, nobody with no social standing or education that could make him worthy of marriage, and compared to Heathcliff, Edgar is a prissy little boy who cries when his feelings are hurt and can’t adequately stand up for himself. So, Cathy has a choice to make.

The choice is nearly made for her when the Linton boy stops by one afternoon. Catherine becomes agitated with Nelly because she won’t leave the room she and Edgar are in (by Hindley’s instruction), so she takes it on herself to punish her. She never lost her old, bratty disposition, so she pinches and slaps Mrs. Dean (which was bad enough) and then commences to shake Hareton, Hindley’s little baby who is left under Nelly’s charge. Edgar is rightfully repulsed by what he has witnessed.

I could have shouted for joy when Edgar decided to leave Wuthering Heights and Catherine for good, but when she calls him back, he listens. Mrs. Dean comments: “…there will be no saving him– He’s doomed, and flies to his fate!” (64). And, though after this event Edgar and Cathy declare themselves lovers, there will be no escape for Heathcliff as Catherine also has “a wondrous constancy to old attachments” (59).

The second reason I enjoyed chapter eight is because it shows how differently Hindley grieves Frances than he did his father. Since it is known that Catherine is dead in present day, it makes me wonder how he would handle her death. Whether or not he is alive at the time of her passing is something that I don’t know, but I imagine he would react with the same indifference that he had after Mr. Earnshaw died.

I believed this before Frances passed, and his behavior since then has solidified it. Losing the only thing his heart truly cared for made him even more callus. Nelly said that “His treatment of [Heathcliff] was enough to make a fiend of a saint. And, truly, it appeared as if the lad were possessed of something diabolical at that period” (59). His temperament only worsens when he is drunk. This leads us into the next chapter with Mrs. Dean’s words about a gun that Hindley likes to play with when intoxicated and how she thinks that he “might do less mischief, if he did go the length of firing the gun,” presumably at himself (64).

Hindley didn’t play with the gun but, instead, tormented everyone by dangling Hareton over the rails of their second floor. Luckily, Heathcliff was able to save him, and Hindley directed his attention elsewhere after HC, Nelly, and Hareton dashed to get away from him.

Not long after, Catherine comes into Mrs. Dean’s roomseemingly distraught. Reasonably, Nelly doesn’t want to talk to her after whatshe did earlier, but Cathy is adamant and tells her that she has agreed tomarry Edgar Linton. Catherine wants Mrs. Dean to affirm her decision as theright one, but her reasons for accepting the proposal are less than agreeablesince she is only concerned with her present happiness rather than how shewould like to spend the rest of her life. She even says that she would “…hatehim, perhaps, if he were ugly, and a clown” (69). 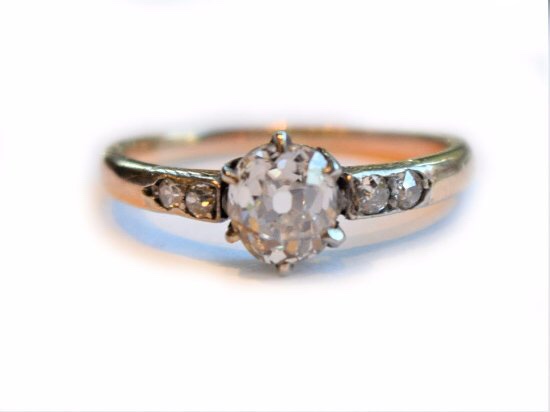 However, it’s not these reasons she takes issue with; it isthat she had a dream where she was in heaven, but she complained about wantingto be with Heathcliff so often that they sent her back to earth, and she was happier in Wuthering Heights than in heaven itself. Dreams have already shown to be significant, so this isn’t taken lightly. Even Mrs. Dean says that she “was superstitious about dreams then, and [is] still” (70).

Then, Catherine begins to state the case for her relationship with Heathcliff and why her decision to marry Edgar was wrong. Her reasoning here is definitely more romantic as she says she loves him “…not because he’s handsome… but because he’s more myself that I am. Whatever our souls are made of, his and mine are the same…” (71). I don’t know if this is a reason to marry someone, though. Of course, for HC and Cathy it is a little different because everyone unlike them (except Edgar, apparently) finds them reprehensible and impossible to be around, but in general, someone different from yourself provides you with outside things and opportunities that help you be a better person. I think it goes without saying, though, that Catherine isn’t the least bit worried about being good.

Unbeknownst to Cathy, Heathcliff is in the room while she is talking, but he only hears her say that it would be degrading to marry him because of his social and economic status, so he runs away from WutheringHeights.

Catherine is, of course, distraught, and stays out in the rain all night, which causes her to catch a cold. The Linton’s come often to see her while she is ill, and she eventually recovers. However, when Mr. and Mrs. Linton catch the virus, it is fatal. This made me sad and angry. They died caring for this girl who doesn’t even love them, and now Edgar and Isabelle are orphans. Of course, they have their parents’ fortune, but that’s nothing compared to the loss of your mom and dad.

And so, the chapter ends as Mr. Lockwood and Mrs. Deanrealize the time and go to bed.

View all posts by skainsmate