Now things are getting interesting! In chapter three, the book starts by introducing the audience to a new character named Catherine (Linton? Earnshaw? Heathcliff?), for the first time. From her writings I was able to gather (as I am sure anyone would) that her and Heathcliff had a special kind of relationship. This is not only because she wrote their names together on a wall like a lovesick school girl (which she very well may have been at the time) but also because of the way she defends him in her notes.

Shortly after reading parts of her diary spread across the pages of various novels and the like, Lockwood falls asleep while thinking about a book he saw on Catherine’s shelf called Seventy Times Seven, and the First of the Seventy-First. A Pious Discourse delivered by the Reverend Jabez Branderham. This then leads him to dream about going to church and hearing Branderham deliver a long and strenuous message on “the first of the seventy-first” sins. On the way to the church Lockwood realizes that he does not have his pilgrim staff, which is significant because the staff alludes to a religious symbol that Christians in the dark ages would bring with them on a journey to repent for their sins and be released of guilt. The book itself is also an allusion to the Bible. It refers to the passage where Jesus tells Peter to forgive his brother seventy times seven times for the acts he has committed against him. Both of these play into the end of the dream as Jabez accuses Lockwood of being a sinner, naming his sin as thinking that anything is unforgivable.

Though his subconscious adventures don’t stop here. After Lockwood wakes to the sound of a tree tapping at his window, he quickly falls back asleep, diving into another dream. The sequence that follows is significantly more nightmarish than the last. As though he is still awake, Lockwood punches through the window to rip the limb from the tree, but what lands in his grasp is, instead, an “ice-cold” human hand (27). Here it really becomes compelling because the woman is Catherine Linton. Lockwood even acknowledges how odd it is that that would be the name she calls herself when he says “why did I think of Linton? I had read Earnshaw twenty times for Linton.” 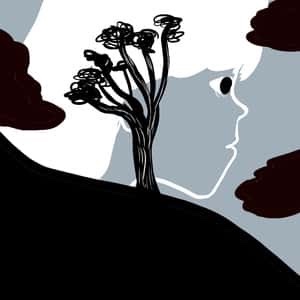 I would have just accepted the ghost being Catherine as a result of reading her name repeatedly, but Heathcliff’s reaction to the dream has nearly convinced me that this was a supernatural occurrence. Brontë writes: “He got on to the bed, and wrenched open the lattice, bursting, as he pulled at it, into an uncontrollable passion of tears. ‘Come in! come in!’ he sobbed. ‘Cathy, do come. Oh do — once more! Oh! my heart’s darling, hear me this time — Catherine, at last!’” (30) You could say it is merely grief jumping at the chance to see someone he was close with, but he is asking her to show herself “once more,” as in this isn’t the first time she has come around since her passing.

View all posts by skainsmate